Part of the
Nederman Group

Washington, D.C., October 3, 2008 - The financial plan passed by Congress today to shore up the U.S. financial system includes provisions of the Recycling Investment Saves Energy (RISE) legislation that would provide a 50% accelerated depreciation allowance for purchases of recycling equipment. The RISE provisions were part of several energy savings provisions added by the Senate to the financial rescue plan after the U.S. House of Representatives voted earlier this week against the recovery plan. The House agreed today to the Senate-revised plan that includes several energy and tax provisions, including RISE. The scrap recycling industry has been seeking this accelerated tax depreciation allowance since the 109th Congress.

“We are immensely gratified and pleased that the Congress has chosen to pass the RISE provisions as part of the legislation dealing with the current financial crisis,” stated Robin Wiener, president of the Institute of Scrap Recycling Industries, the national trade association for the scrap recycling industry. “RISE will lead to improvements in recycling by providing low-cost incentives for purchases of recycling equipment that will ultimately help the United States reduce its energy use and greenhouse gas emissions while helping the U.S. economy and creating good manufacturing jobs.”

SEE IRS FORM 4562 (Rev. June 2009) DEPRECIATION and AMORIZATION
See page 1, “Whats New”, which says:
“You may be able to claim a 50% special depreciation allowance for property that is qualified reuse and recycling property placed in service after August 31, 2008” 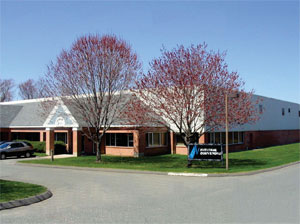 Engineered Excellence Since 1933 in: